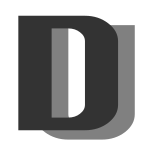 A “Human” can be classified as either a User or AI agent that uses, operates, or consumes a “Thing”. The Human’s identity attributes such as “id”, “name”, “nickname” allow for a very wide spectrum of human types. For simplicity purposes, we will group humans into 2 types.

A “User” can be classified as either a Human or software agent that uses, operates, or consumes a “Thing”. The User’s identity attributes such as “user id”, “username”, “handle” allow for a very wide spectrum of user types. For simplicity purposes, we will group users into 2 types.

The User, The Human
The User The Human Decentralization
This post is licensed under CC BY 4.0 by the author.
Share
Trending Tags
TestPost The User DAOs Decentralization History Manifesto Open Metaverse Proposals Rights and Rules The Computer
Contents

Cracking The Enigma Cipher: 1920s The Enigma machine was a cipher device developed and used extensively in the mid 1920s. It was designed with an electromechanical rotor mechanism that scrambles 2...